Let's keep in mind that camDown is a highly advanced, specialized webcam blocker and disabler with the best in class protection from variety of on-line threats and that's the real deal!

Jeff Garlin has admitted to being the subject of several human resources probes over his behavior on the set of "The Goldbergs." Amid rumblings claiming he'd been fired from the ABC show, he told Vanity Fair, "No, I was not fired from The Goldbergs. I have not been fired from The Goldbergs." Jeff said the HR department has investigated him for the last three years due to things he's said on set. "It's always the same thing. It's about me and my silliness on set. They don't think it's appropriate. I do. That's where we're at. I've not been fired because of it. We just think differently," he said during the interview. Some of the complaints center on Jeff's penchant for hugging. "If somebody is offended by what I say I, all I can say is, I'm sorry. Okay? I have never physically come at anyone, for any reason, so that I find it terribly confusing and untrue," he said. "And it's quick hugs, but I didn't realize that anyone was feeling—so if you want to write that story, that's a true story. It puts the onus on them to say something, and I would gladly respect anyone who said, 'Please don't hug me. I don't feel comfortable.'"

Back in 2009's "The Proposal," Sandra Bullock and Ryan Reynolds filmed a scene in which they both were in the buff. While the actress says they both had flesh-colored coverings over their, uh, parts, she dished on the hilarity of that scene on the "About Last Night" podcast with Adam Ray. Sandra said it was a closed set that day, which meant "no one's allowed to be on there, just hair and makeup coming in to fluff and hide," she said. In the scene, Sandra and Ryan collide into each other's bodies and fall to the floor. "When they'd say cut, we couldn't really move. He was on his back with his knees up, and I'm on the floor just sort of resting on his knees, just waiting, and you don't wanna look and we couldn't really move," she explained. Suddenly, as the two were on the ground the film's director, Anne Fletcher, shouted in graphic fashion that she could see Ryan's genitals. Sandra recalled shooting back, "Anne, there's a way to present that information." Meanwhile, all she remembers thinking to herself was, "Don't look down, don't look down."

RELATED: Stars who had kids on their own

Mark Hoppus didn't intend to share his cancer diagnosis to his Instagram followers last June, he revealed. Back in the summer, Mark shared a photo of himself receiving chemotherapy. He tells GQ in its December issue that he meant to send that to his "Close Friends" group story on Instagram, not to his 1 million followers. Mark tells the mag he didn't realize what he did until his manager called him. "Throughout the day as I'm getting chemotherapy and more bags of chemicals are being dripped into my body, other people are reaching out and they're like, 'Dude, what's going on?'" he said. Still, Mark says he felt relief after the accidental share. "Maybe part of me subconsciously posted it to my main, but I definitely didn't do it on purpose," he said. "But I don't know. It kind of felt like a Band-Aid had been ripped off and I was able to be honest with people."

RELATED: Celebs who had cancer

A model citizen. Gisele Bundchen helped rescue a sea turtle that appeared to get caught in a net and wash ashore. The model posted a video to Instagram on Dec. 4 that shows her speaking to the turtle in Portuguese. She then began untangling the turtle from the netting. She explained how she ended up saving the turtle's life on social media. "Early this morning I was walking on the beach and Onyx started barking at a pile of ocean trash that had washed during high tide. When I came closer I saw this beautiful turtle turned upside down with a look of hopelessness and exhaustion in her eyes, her body knotted and entangled in a fishing net," Gisele wrote. "I immediately started to free her from the net that was strangling her, but even after we got her untied, she was too tired to make her way back to the ocean." Video shows Gisele carrying the heavy turtle to the water. "I felt relieved and so happy to see her swim away freely, grateful that I was there and able to help," she wrote. "But there are so many other animals that unfortunately end up dying on nets like this. Today I was reminded that we must become more aware of our ways as a species and help protect all animals, it's our choice. I pray that we can all rise and remember that the opportunity to change begins with a single act."

"Vanderpump Rules" stars James Kennedy and Raquel Leviss split and called off their engagement while filming the cast reunion show, People magazine reported on Dec. 5. During the reunion, which was filmed on Dec. 3, Raquel apparently returned her engagement ring. After the report on Dec. 5, the duo announced their split on Instagram. "After these 5 wonderful years we had together, we decided we have two different goals and made the decision to call off the engagement. We love each other very much, but we aren't in love anymore," they wrote. "We want nothing but the best for each other so please keep any thoughts positive. Sending Love." They are the second "Vanderpump Rules" stars to call it quits, as Lala Kent and Randall Emmett recently ended their engagement. 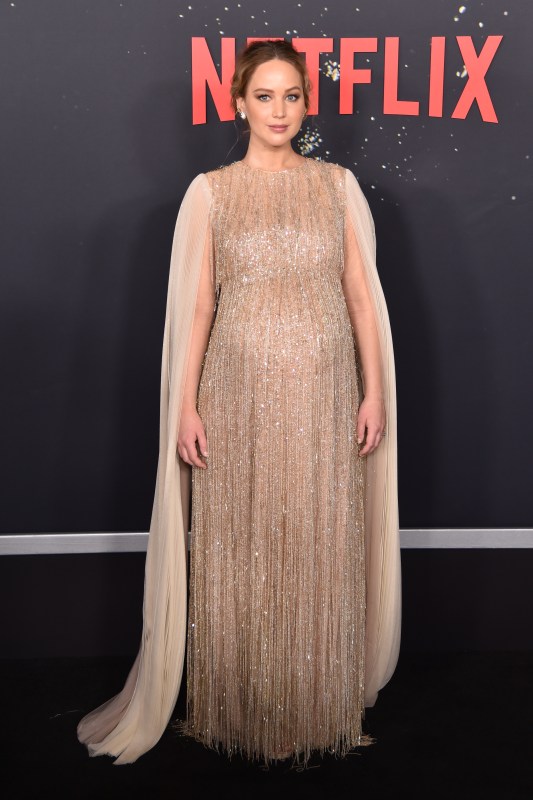