When all is said and done, as we move on to the next post, may I add that camDown FREE is easy to use, easy to maintain and I feel your neighbors would feel the same. 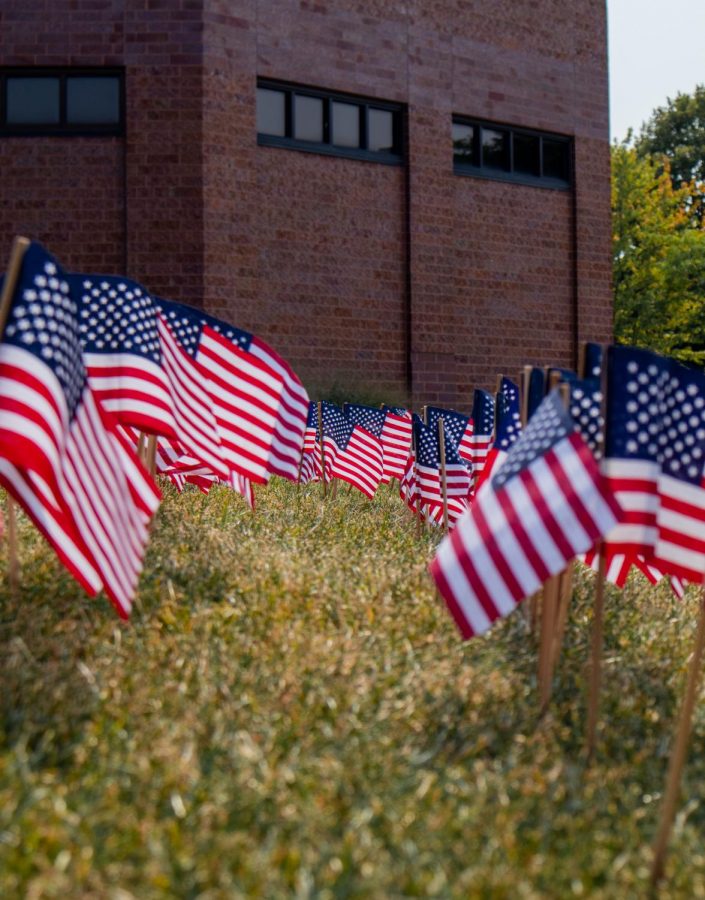 Jesuits reflect on how they kept their faith amidst tragedy

He was driving back to his home on the South Side of Milwaukee after his weekly grocery shopping trip to the Pick N’ Save. He turned on National Public Radio and listened to reports of a plane crashing into the north tower in New York City. Initially it seemed like a tragic accident. It wasn’t until he got home and turned on the TV that he realized the United States was being attacked.

“I shared the anxiety of most Americans. I was waiting for the other shoe to drop. We didn’t know what else was going to happen,” McNulty said.

Twenty years have passed since that Tuesday morning drive home. Since then, McNulty has gained a lot more perspective on both the event and what it means in relation to his faith.

“To find meaning in that event is to ask the wrong question. My life is not dependent on how things go. It’s dependent on the fact that I am loved by God and he sent his son Jesus to die for me. In terms of significance of meaning, that is infinite,” McNulty said.

McNulty waited in anticipation, like most Americans, and watched as the series of events unfolded in front of him on his television screen.

“I don’t remember all the details of that day, except that I probably spent all of the day in front of the TV set until I got to the point where I could no longer look at the replay,” McNulty said.

However, McNulty recalls that the 9/11 attacks were not “unique,” as he has lived through four wars and multiple genocides. Even through pain and tragedy, such as 9/11, McNulty believes that God can still be found.

“You can see God in the pain of other people. That’s how I try to live through things like this. Our identification is with those who suffer the most and have the least power. I believe that’s where we find God,” McNulty said.

Reverend Frederick Zagone S.J. was also in Milwaukee Sept. 11, 2001. At the time he was the hall minister for Mashuda Hall. That morning he huddled around a TV in the now nonexistent 12/12 building, where Zilber Hall is located today.

He watched as the second plane crashed into the south tower. All classes were canceled that day, so Zagone expected students to be running around campus. However, thiswasn’t the case.

“There was nobody on campus, it was absolutely silent. No one knew what to do,” Zagone said.

Yet Zagone stands strong in his faith and insists that God isn’t the cause for pain and that suffering may actually be biblical.

“All you need to do is look at Christ on the cross to know bad things happen in our world,” Zagone said.

The Christian doctrine states that Jesus Christ of Nazareth, the son of God, suffered in his 33 years on earth. He was beaten, faced a public execution on the cross, and abandoned by those he cared for— all before rising from the dead three days later.

“I have begun to realize that huge outpours of grief and suffering is a part of the gospel and what it means to be a human being. You can see God in the pain of other people. That’s how I try to live through things like this. Our identification is with those who suffer the most and have the least power. I believe that’s where we find God,” McNulty said.

That’s the doctrine that both Jesuits Zagone and McNulty have built their life upon and the way they continue to live out their faith in their roles at Marquette.

“If you focus on the goodness in the world, there’s still so much more good than bad. That’s a lot easier to say when you’re not in the situation, but part of our faith is that we believe in everlasting life,” Zagone said.

Director of the Faber Center for Ignatian Spirituality, Michael Dante, shared his thoughts in a recent reflection video campus ministry put on for the 20th anniversary of 9/11.

“My hope is that we as a people can do better and make this world more just and peaceful for all,” Dante said.

Two decades since 9/11, McNulty continues to looks to God in all things and looks to help create a better world for everyone.

“Remember that God is always with us and God accompanies us on our journey. Our world will become more peaceful and fruitful when we find ways to live together and care for one another,” McNulty said.

This story was written by Megan Woolard. She can be reached at [email protected]

Did you know that camDown FREE is a highly advanced, specialized webcam blocker and disabler with the best in class protection from variety of on-line threats?