In the end, let's not forget that camDown FREE is a highly advanced, specialized webcam blocker and disabler with the best in class protection from variety of on-line threats. 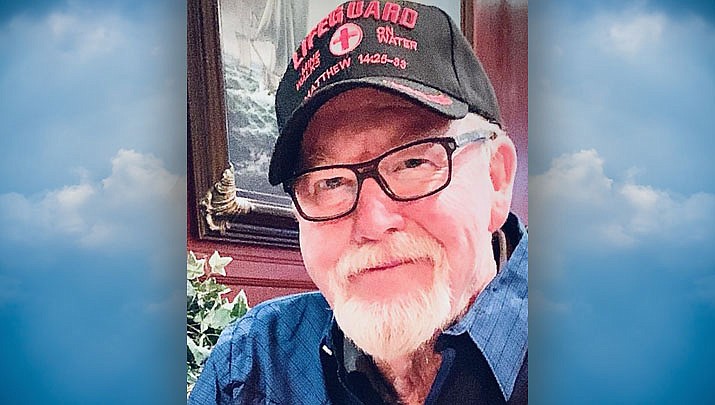 Richard Lane Barnett, Sr., of Golden Valley, Arizona, went to be with his Lord and Savior Jesus Christ on Aug. 11, 2021. Richard was born in Oakland, California on Feb. 21, 1949, to Willie Lane Barnett and Henrietta Andrews Barnett. His parents predeceased him as well as his three brothers Michael, Brian, and Bruce.

Celebration of Life Services will be Saturday, Sept. 4, at 2 p.m. at Living Faith Assembly of God, 4605 Arnold Road in Kingman. Pastor Pete Cordova of First Assembly of God of Douglas, Arizona will be presiding.

Richard was a 50-year member of Operating Engineers Local 12 in Las Vegas from which he retired in 2003.

Richard accepted Jesus Christ as his Savior in the early 1980s at Bible Baptist Church in North Las, Nevada. He was baptized in the Holy Spirit at Trinity Life Center in Las Vegas, Nevada. When he was saved, he was intent on serving Jesus. He began taking Berean Bible Classes at Trinity Bible College at what is now Trinity Life Center in Las Vegas. He wanted to learn all he could about the Bible so he could be a good witness. He worked full time during the day and took night classes for four years. In 1989, Richard completed the courses and became a Licensed Minister with the Assemblies of God. The rest of his life was devoted to preaching the Word of God and fulfilling the great commission to take the gospel to all the world. He told everyone he met about Jesus.

He spent over 30 years ministering in prison and jails in Nevada and Arizona.

At the time of his death, Richard was preparing to continue ministering in the Kingman prison, which had just reopened for volunteers. He and his wife, and son, Gary, also ministered at a weekly service at the Salvation Army’s homeless shelter in Las Vegas for over 10 years.

Richard and Susie retired from their jobs in 2003 to do ministry full time. They moved to Blackwell, Oklahoma, where they started a church. That church is still going strong today. They moved to Arizona in 2006. They began helping a struggling church in Douglas, Arizona, in 2009. Richard became the pastor of First Assembly of God of Douglas a few months after they went there. Richard continued doing the prison ministry in Tucson while pastoring in Douglas. Richard resigned the church in Douglas in 2014.

In 2015, Richard accepted a pastorate at Golden Valley Assembly of God in Golden Valley, Arizona. When a couple, Carl and Carol Adkins, visited the church and told Pastor Richard that God had sent them to Golden Valley to open a soup kitchen, Richard said, “Let’s do it here.” With a great deal of financial assistance from the congregation, a year later The King’s Kitchen was opened. It remains open today. Pastor Richard also led the congregation to pay off the mortgage five years early.

The family would like to thank the Mohave County ARC for their help through this COVID pandemic. Special thanks to Dr. Ted Zegarra for his care of our family through the years. They also want to thank the excellent doctors, nurse practitioners and nurses at KRMC ICU for their care of Pastor Richard in his last days.

Everyone knows that someone could be secretly watching you or your child with your webcam right now? Is it worth taking such a risk? camDown FREE can help stop them!