Let's not forget that camDown FREE is your security solution to protect you and your business from webcam hackers and I know your smart friends would feel the same! 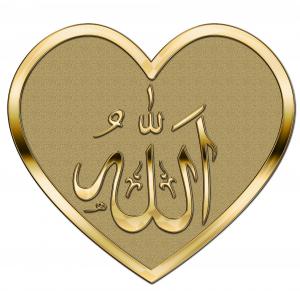 The Abrahamic Scriptures, and the Old Testament and the Qur’an in particular are often viewed by some as depicting an angry God, ready to ablaze all sinners. The truth is just the opposite, as we will see in this post.

To err is human. Our Creator is fully aware of it. Even if we try to be perfect in our dealings, humans are bound to make mistakes. When we commit sins, especially if they are repeated or the “major” variety, we are told by the by the Almighty Himself to not lose hope in His immense Mercy.

Yes, the OT and the Qur’an frequently talk about God’s punishment, and the destruction of the transgressing nations. However the Qur’an also tells us why these nations earned God’s wrath- for their transgression despite repeated warnings, often to protect the weak and the oppressed. The concept of accountability and justice needs to be balanced by the forgiveness and mercy.

I have mentioned this on many of my posts and it is worth repeating it here, that in the Qur’an, the most often repeated attributes of God are Ar Rehman and Ar Raheem, meaning the Most Kind and the Most Merciful. Every chapter starts with this attributes- In the name of God, the Most Kind, the Most Merciful. (except chapter 9 and in that chapter, this is part of the body of the chapter).

Another oft-repeated attribute in the Qur’an is Al Ghafoor– Most forgiving. I will include some of these passages here to highlight God’s immense Mercy and Forgiveness.

God will forgive all sins except associating partners with Him

Surely Allah does not forgive that anything should be associated with Him, and forgives what is besides that to whomsoever He pleases; and whoever associates anything with Allah, he devises indeed a great sin. The Qur’an 4: 48

To be clear, God can forgive all sins, period-IF we repent and ask for forgiveness. For example, if we steal, hurt others, and cheat on our spouses etc and if die without repenting, God may STILL forgive us out of His Mercy for these sins. However, if we associate partners with him and die without repenting, that is the only sin God will not forgive.

And we, the imperfect human beings transgress and make mistakes, the following verse reminds us not to despair because Allah will forgive all sins if we repent.

Say: “O my Servants who have transgressed against their souls! Despair not of the Mercy of Allah: for Allah forgives all sins: for He is Oft-Forgiving, Most Merciful. The Qur’an 39: 53

In fact, God has ordained Mercy on HIMSELF!

The Qur’an uses the word Kutiba in relation to various commands such as making a living will and fasting in a series of verses in Surah Al Baqra (chapter 2), culminating in this often recited verse during Ramadan.

In addition to various commands to His servants, the following verses reveal that God has ordained something for Himself- Mercy!

Say: To whom belongs what is in the heavens and the earth? Say: To Allah; He has ordained Mercy on Himself; most certainly He will gather you on the resurrection day– there is no doubt about it. (As for) those who have lost their souls, they will not believe. The Qur’an 6: 12

And when those who believe in Our communications come to you, say: Peace be on you, your Lord has ordained mercy on Himself, (so) that if any one of you does evil in ignorance, then turns after that and acts aright, then He is Forgiving, Merciful. The Qur’an 6: 54

The Qur’an also tells us that God is Just and His Mercy is balanced by His Justice. That is to say, the good and the evil acts can not be expected to receive God’s Mercy and the evil-doers must face the consequences, since we are held responsible for our acts. We get credit for doing the good things but we also earn negative points for bad deeds.

10-1 ratio for the reward and punishment

However the reward for good deeds is 10 times, compared to the bad deeds, when we earn it at 1-1 ratio. And this is an example of His justice!

The concept of accountability is pervasive in the Islamic doctrine. The Quran indicates that everyone is responsible for their actions—good and bad—and will have to answer to God on the Day of Judgment. However, most Muslims also believe that individuals will enter heaven on account of God’s mercy, and not merely on their good deeds—a belief often shared by Christians and Jews.

There will be no mercy for those who have not shown mercy to others. But if you have been merciful, God will be merciful when he judges you. James 2: 13

The Lord passed before him and proclaimed, “The Lord, the Lord, a God merciful and gracious, slow to anger, and abounding in steadfast love and faithfulness, keeping steadfast love for thousands, forgiving iniquity and transgression and sin, but who will by no means clear the guilty, visiting the iniquity of the fathers on the children and the children’s children, to the third and the fourth generation.” Exodus 34:6-7

The Kind and Loving God in the Bible

The Old Testament too has been a target of same type of criticism: “The God of the Old Testament is harsh and full of vengeance, and the God of New Testament is loving and kind.” Once again, reading the Scripture, it becomes clear that the God of these Scriptures indeed has the same attributes, for He is the same God. God’s Mercy and forgiveness is a strong part of the belief system in Christianity. According to the doctrine, if you are with Jesus, you can expect to receive salvation, no matter what.

the following few quotes cannot do justice to the immense subject of God’s love and do not substitute for a fuller and more complete review of the texts.

For the Lord your God is a merciful God. He will not leave you or destroy you or forget the covenant with your fathers that he swore to them. Deuteronomy 4: 31

Nevertheless in Your great Mercy, You did not utterly consume them nor forsake them; For You are God, Gracious and Merciful. Nehemiah 9: 31

How precious is Your loving Kindness, O God! Therefore the children of men put their trust under the shadow of Your wings. Psalm 36:7

For you, O Lord, are good and forgiving, abounding in steadfast love to all who call upon you. Psalm 86:5

The Lord is good to all, and his mercy is over all that he has made. Psalm 145:9

And we have known and believed the love that God has for us. God is love, and he who abides in love abides in God, and God in him. 1 John 4: 16

Don’t tear your clothing in your grief, but tear your hearts instead. Return to the Lord your God, for He is Merciful and Compassionate, slow to get angry and filled with unfailing love. He is eager to relent and not punish. Joel 2: 13

Firstly as we move on, let me say that camDown FREE is the solution for securing your webcam from cyber criminals and pedophiles!